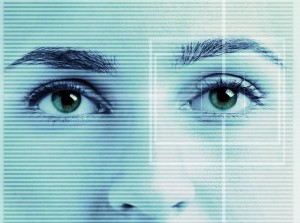 Laser iridotomy uses a very focused beam of light to make a hole in the outer rim of the iris. After this opening is made, it allows fluid to flow between the front of the eye and the area behind the iris which will generally decrease pressure in the eye and prevent future build ups of pressure.

First used to treat this form of glaucoma in the mid 1950’s, it has come to be the procedure of choice for millions.

In a normal eye, the fluid inside, known as interocular fluid will flow freely between the front and back sections of the eye otherwise known as the anterior and posterior sections. As the fluid is unable to flow normally in narrow-angle glaucoma, the pressure begins to build in the eye. This pressure then cuts off proper circulation causing the symptoms of this type of glaucoma which may eventually lead to permanent damage to the optic nerve as serious as vision loss and even blindness.

Symptoms of narrow-angle glaucoma may include:

Though some issues in regard to your vision and your eyes can not be stopped or even treated, issues such as narrow-angle glaucoma can be treated. Alpine Eye Care specializes in eye surgery and procedures including:

If you are in need of an eye surgeon in Northern Michigan, Alpine Eye Care is here to help. Conveniently located in Gaylord MI, Grayling MI and Cheboygan MI, we are open Monday through Friday. Call us at 1-877-SEE-2020 for more information or to schedule an appointment or schedule online if you prefer.

We look forward to helping you see better.